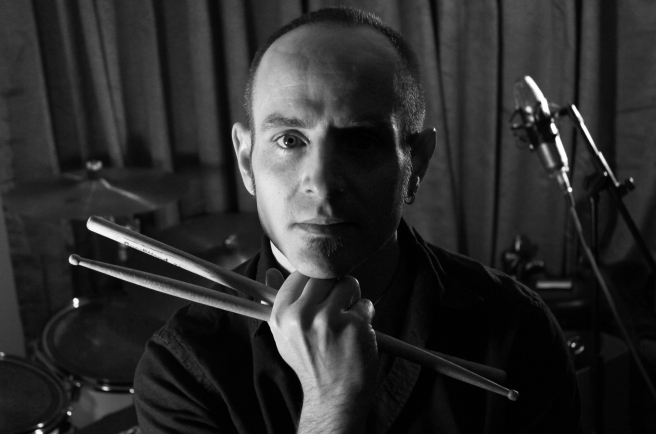 At the end of the last millennium I moved to Birmingham to study orchestral percussion, shortly followed on by a postgrad in composition with technology. While this formal training was being carried out I also immersed myself in the local music scene, playing drums with college mates (including Jim Moray) in pop/punk/rock outfits before falling in with Birmingham based experimental alternative band Pram. This in turn led to numerous other incarnations, including one I continue to work with today namely Modified Toy Orchestra.
One new project currently underway is working with Lucy Farrell recording an album with her new band “Ogres”, hopefully to be released on indy label Hudson Records later this year.

Other collaborations have been numerous over the years, comprising anything from one-off grand spectacular shows, to National/ International tours/gigs, to recording sessions and beyond in to uncharted sonic territory. This has included working with artists and groups as follows (in no particular order!):

Eliza Carthy and The Wayward Band